Craig and Caitlin’s Cornerstone Theater Wedding in Canmore was a day of perfection. There was really no words to describe how beautiful and emotion filled the day was.

The below is just a sample of the day – you have to see the full day by clicking here!

This wedding has been archived. 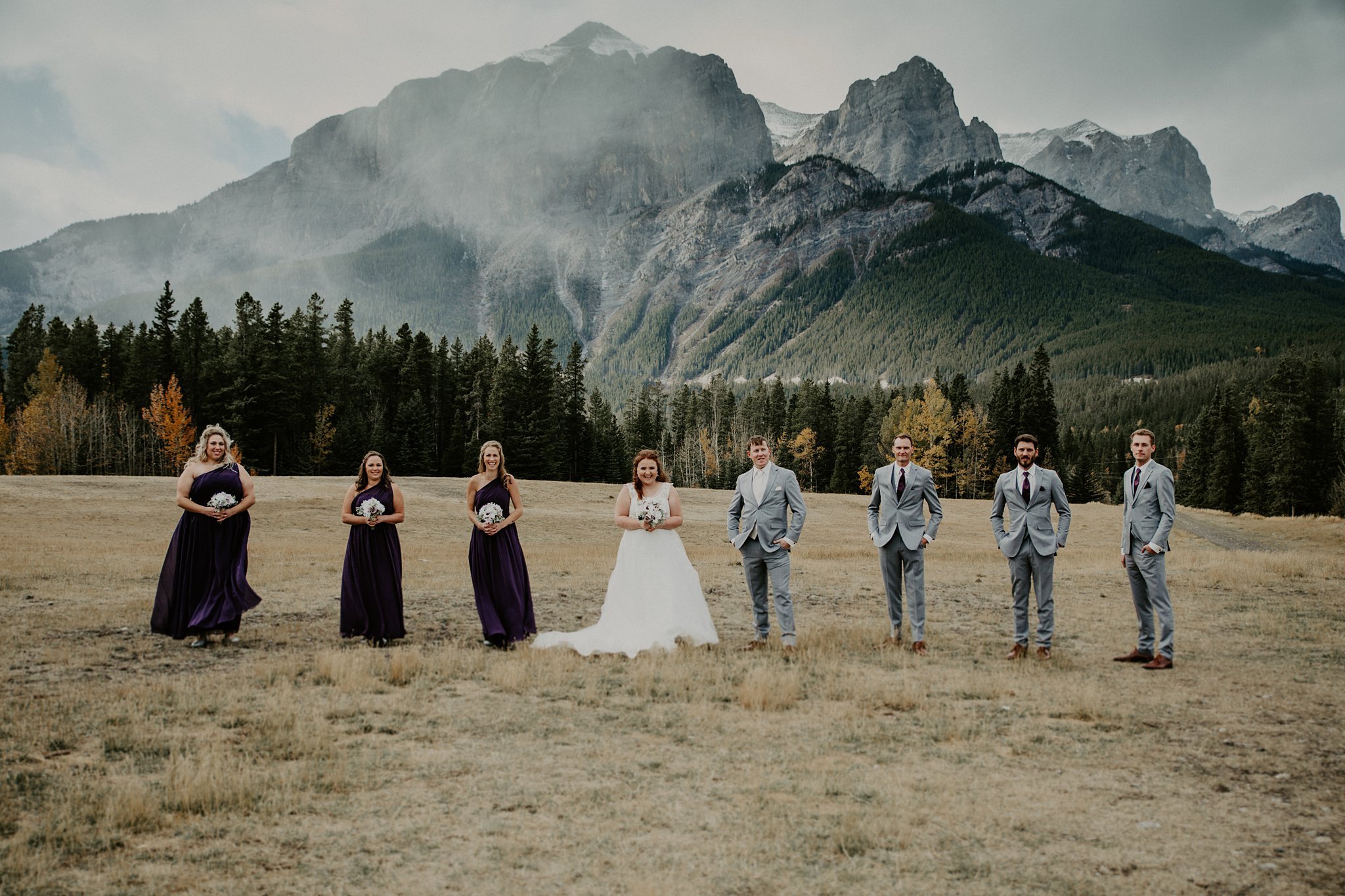 Wedding theme and colours (explain the reason behind your decision):

We decided on an eggplant purple and grey because we thought it would look absolutely amazing with fall colours and the changing leaves. Our wedding theme and decor truly centred around the rustic style of the venue and we played off of that

Your top 3 best moments and why:

The Good Stuff by Kenny Chesney. When Craig and I first started dating he had texted the lyrics of this song and I just thought he was trying to find some sweet way to swoon me over. Come to find out later when we were dancing in our kitchen I finally realized those lyrics and what he was doing. I (Caitlin) just love the look in Craig’s eyes when this song plays and the look he always gives me when he’s ready to dance to it

We did a pre-honeymoon to Disneyland back in March of this year as we weren’t entirely sure of our schedules after the wedding with Caitlin changing jobs and cities but as it got closer we found an amazing deal and jumped at the chance to go again. We spent 6 days in Anaheim, California with 4 days at Disneyland. We got to watch the Flames FINALLY beat the Anaheim Ducks after 26 games on their ice breaking the Disneyland curse once and for all. We also toured around Malibu, went back to Ruby’s Diner in Huntington Beach, the best 50’s little diner place and through Laguna Beach where we watched the sunset that night.

How did you meet?:

We had looked at engagement rings previously as we knew within the next year we wanted to be engaged, however when we went to the Bahamas with Craig’s parents in January 2016 an engagement was the last Caitlin’s mind. Craig had left to go back to the hotel where Caitlin stayed on the beach and as he came back in had written “Will You Marry Me” in the sand. He asked her to dance to one of their songs “3,2,1” by Brett Kissel and then asked Caitlin to turn around and as he did got down on one knee and asked. The best part was having his parents as paparazzi which I’m so thankful to have those photos